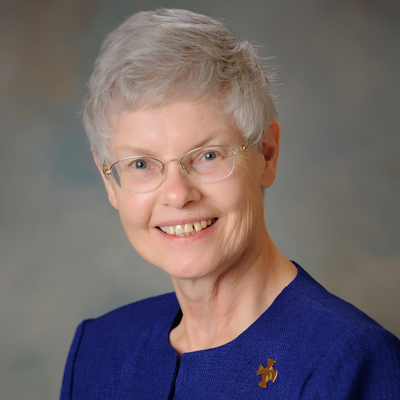 Prudent action in this world sets the stage for the next

Sacred Scripture for the 25th Sunday in Ordinary Time conveys a strong message about God’s judgment on those who engage in unjust business practices. The Prophet Amos preached against cheating to those who lived in the eighth century BC; Jesus to those who were unjust in Palestine in His day; and, 20 centuries later, we hear denunciations of those who attain wealth through our extractive economy.

God called Amos, a lowly but faith-filled shepherd, to speak with the Israelites in the northern kingdom where he observed great inequities between the rich and the poor. Tipping the scales, fixing the weights, even selling the chaff of the wheat were means the rich used to defraud the poor. Amos warned his listeners that God would not forget these evil practices. The Israelite Kingdom would collapse and the inhabitants would be sent into exile.

In the Gospel reading Luke recounts Jesus’ parable about the unjust steward who was squandering his master’s property. In addition, he was charging exorbitant commissions from those indebted to the master. When the steward knew he would soon lose his lucrative post, he craftily called in the debtors and forgave them the “commission” he had charged on their transaction. Jesus commended the steward for taking the long view -- forgoing short-term gain for future benefits.

What about our day? For several hundred years, industrialized nations have built their economies on the extraction of fossil fuels -- coal, oil, gas -- and other natural resources. This has left some countries languishing in poverty. The Earth, too, has suffered damaging pollution of the atmosphere, its waters, and soil. Devastating storms occur with greater frequency, ocean levels are rising, and climate refugees have increased in number.

Today’s youth are demanding that we end an economy based on extraction. They recognize that the future of the planet hangs in the balance because of global warming, and have declared a Global Climate Strike for the week of Sept. 20-27, calling for an immediate halt to “business as usual.”  The United Nations has chosen “Climate Action for Peace” as the theme for the International Day of Peace on Sept. 21. UN Secretary General António Manuel de Oliveira Guterres says that to achieve carbon neutrality by 2050 governments must tax pollution, end subsidies for the fossil fuel industries, and invest in a green economy. As individuals, we, too, must compassionately respond to Earth through simple actions: take public transportation, stop using plastics, turn out lights, eat lower on the food chain. We need to heed our youth and repent of our mistreatment of Earth. God has given Earth the power to heal herself if we respond to her with compassion!

...take public transportation, stop using plastics, turn out lights, eat lower on the food chain... Practiced intentionally and continually, these small steps will make a difference. Thanks for your reflection Sister!

Yes! We can save our planet together, held by our loving God.

"Earth can sustain our need, but not our greed." Paraphrased from Mahatma Gandhi

Lots of solid info here, Sally. Thanks for that. The one area I would say differently, so as to keep away from implying God is vengeful and cruel, is in the two sentences: "Amos warned his listeners that God would not forget these evil practices. The Israelite Kingdom would collapse and the inhabitants would be sent into exile."

It's not 'God' whose causing the devastating consequences, but people--through lack of awareness and attention, lack of conscience and care, lack of courage and right judgment.... basically, our own 'ignorance' and 'arrogance.' There are real and obvious 'natural consequences' to the behaviors and attitudes of our lives. That's just how Nature is. And Nature cannot go against itself and its 'ways.'

Listening to and learning from both Science and the Earth Wisdom of ancient and native cultures is our 'salvation' today. Such is the Wisdom and Mercy and Grace of Our Everlasting, Ever-faithful, Ever-abiding God.

"Earth can sustain our need, but not our greed." Paraphrased from Mahatma Gandhi

PACHAMAMA is Who and What is needed in our Times. Please gift yourself by learning about this healing, life-giving, life-sustaining movement. https://www.pachamama.org/engage/awakening-the-dreamer

Nice job, Sr. Sally. I just turned off the lights!! Thanks for enlightening us. Helen

Thanks for your reflection, Sally and for your suggestions as to how we can respond compassionately to Earth.

We recently had a bake sale at our church, I urged everyone to wrap their products in paper rather than plastic. A few responded but we have a long way to go. We have a Pasta night dinner coming up, once again I will urge all to use paper products rather than plastic. It is a crime to see how much plastic we throw out after our gatherings. There is no excuse for this. Perhaps some reading this will heed my advice. Blessings to you all !