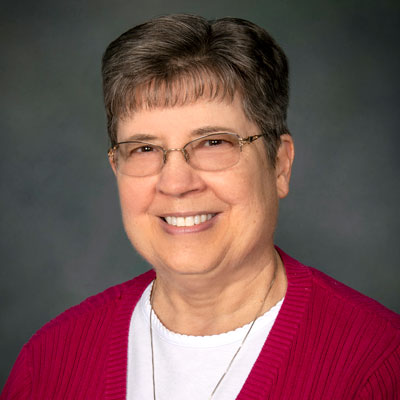 Sunday's reading  encourage us to have hearts filled with gratitude

It’s October! I love this time of year. Do you, too? There is so much to enjoy and for which to give God praise and thanks!

This Sunday’s Scripture readings from the Second Book of Kings (5:14-17) and Luke (17:11-19) have two men filled with gratitude for being healed of their leprosy and restored to their life in their families and communities. The first is Naaman who returns to the prophet Elisha with a gift of thanks. Elisha refuses to accept it. Naaman then asks for two mule-loads of soil as he declares he will worship no god but the Lord. The second is one of ten lepers Jesus heals. He returns and falls at the feet of Jesus and thanks him.

There is a third man in the Sunday’s Scripture readings – St. Paul (Timothy 2:8-13).  At this time of his life he is suffering the fate of a criminal. No physical healing or return to the Christian community is given to him. But the inner faith that healed Naaman and the leper is giving St. Paul the courage to offer his suffering so that others may come to know and find salvation in Jesus Christ.

Yes, gratitude for GOD-WITH-US, even during times when we hurt so much we question that, is a "remedy" of sorts.

I can't help but think of Harriet Tubman, as I recently viewed the PBS documentary, "Harriet Tubman: Visions of Freedom." Harriet went through hell, but "listened to heaven" and paved a way to freedom for many Black slaves.

Harriet was born into slavery in Maryland in 1822 and forced to work — catching muskrats in the swamps and cleaning and caring for a colicky baby — by age five. She was beaten regularly, and one time suffered a concussion that caused her to live with severe headaches and other maladies.

Through all her sufferings, she grew stronger in faith, conviction, determination, and the deepest courage to work within the Underground Railroad helping Blacks escape and experience a "new" life.

Sister Thea Bowman, FSPA, La Crosse, is another example of praising and thanking God through so much harshness and discrimination from others. A Black woman who "made a way" within the Catholic Church for others, like her, who would otherwise be discounted and excluded.

Her Franciscan Sisters in La Crosse have coordinated an effort for her canonization. A documentary about her life, just like Harriet Tubman, will be out soon.

Thank you for bringing together in such a meaningful way the Sacred Scriptures for this Sunday. God extends to each and all peoples healing and saving grace, for which we give boundless thanks!

Thank you for reminding us of all we have to grateful for - even our challenges and sufferings! Yes, the Lord has revealed to us his saving power!

Reminds us to be humble and thankful for all our blessings.

At the end of the day I always say, "Thank You, Jesus" for the good, the bad and the ugly (pain).

Every day goes by and we have so much to thank God for - especially family. Don't know what we would do without our family and all their help. We look outside and thank God for nature and all the wild animals who frequent our bird feeder! Even our neighbors remind us when the bird feeder is empty. They also enjoy the turkeys, the cranes, squirrels, and all the birds enjoying the feast.