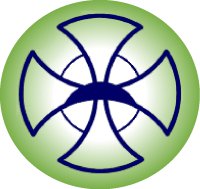 This is the attitude of the son in the beautiful story that Jesus tells us in this Sunday's Gospel, the parable of the prodigal son. That statement can characterize us; we can want what we want right here and now. Unfortunately, here and now can lead to far away and for a long time.

Leaving home is not the beginning of a departure, but according to Jesus, the process of embarking on a return to a much deeper relationship. As Jesus describes the son, who ran off with the inheritance received from his father, we can detect three stages in the journey home. The first stage is that of awareness. Having squandered his father's money on reckless living, the son suddenly sees reality. How did he get to where he is now? Whom had he left behind? What had he become? What is he missing?

The second stage involves a plan. The son rehearses what he will say when he gets home, and interiorly settles on a distant relationship. He will do the work of a hired hand. He will expect the minimum.

The third stage is the actual moment of arrival, and it contains the element of total surprise. Somewhere along the road the young man catches a glimpse of a shadow in the window and he knows he's not coming home to an empty house. What emotion must have welled up within him as he realized that his father had not distanced himself from his son, but ever kept his vision on the horizon, watching and waiting. His father was deeply in love with him. His life would truly never be the same.

In our Lenten journey of repentance, our return to our Father encompasses these three stages. But maybe we should start with the last. For in God's heart, we are home before we ever depart.

US Catholic Catechism for Adults

"They devoted themselves to the teaching of the apostles and to the communal life, to the breaking of the bread and to the prayers. Awe came upon everyone, and many wonders and signs were done through the apostles. All who believed were together and had all things in common; they would sell their property and possessions and divide them among all according to each one's need. Every day they devoted themselves to meeting together in the temple area and to breaking bread in their homes. They ate their meals with exultation and sincerity of heart, praising God and enjoying favor with all the people. And every day the Lord added to their number those who were being saved." -- Acts: 2:42-47

The image of the Church as the Body of Christ teaches us that every member of the Church has a role.  By our baptism into the community of faith we are called for mission.  What role do you play in your Church?  What roles might you take in the future?

The four marks of the Church also describe challenges that each Catholic, as a baptized member of the community, is faced with:

Are you living as someone called to share in Jesus' mission to the world?  Do you strive for holiness through a life of prayer?

What could you do to be more welcoming to those who are different than you?  How do you embrace the call to be part of the universal Church?

Do you make an effort to understand what the Church teaches? Do you wrestle with it if you need to rather than brush it off as old-fashioned or irrational?

Your questions were very challenging and encompasssed different areas.

Thank you, Sister Elise. The three stages you mentioned are a help in internalizing the parable.

Each time I try to make a return the Fr. is not welcoming.

Laura, thank you for sharing ways we can embody the four marks of the Catholic Church. I recall that Fr. Richard McBrien spoke of a fifth mark of the Church - ever renewing. The Lenten season of conversion provides us an opportunity to do just that.