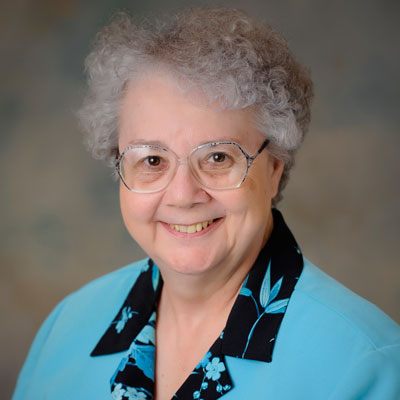 As we celebrate our country's founding dream, the prophets remind us of  our duty to God, country and each other

We come together on this weekend when our country celebrates our many cherished freedoms as well as the importance of the documents that record our fundamental values and principles as Americans. “We hold these truths to be self-evident ...”

We also gather at a period when some of these values are under attack, and the interpretation of our founding documents is being called into question. When the “rule of law” fails – what remains?  When do individual rights give way to the “common good” – or do they?  In the political sphere – whom do we trust and what is truth? What is a balanced and fair pursuit of life, liberty, and happiness?

The Scriptures of this Fourteenth Sunday in Ordinary Time, which speak about the role and message of prophets, might help us make sense of some these questions and situations before us.

Ezekiel preached around 593-586 BCE (Before Common Era) at time when Judah was being invaded by the Babylonians. Paul spoke God’s message to the Greeks in the first century CE, emphasizing his personal weakness so people would focus on God’s message rather than Paul’s skill. And Jesus spoke to the people of Palestine in his day and lived the message he preached.  The prophets’ role is often difficult and even dangerous because they communicate and interpret the divine word given to them, a message that is often unpopular, and delivered to people skeptical, obstinate, and often resistant.

Ezekiel was part of the 8,000 people who had been carried off to exile in Babylon. He spoke and interpreted the divine message – sometimes words of challenge, sometimes words of hope: The all-holy God demands moral integrity from us (justice as well as charity). Each generation is responsible for its own actions (we reap what we sow).  And in the midst of it all, God intends to restore the people as a total gift of free grace (with or in spite of us).

God’s prophetic word is not limited to any people or generation, and spoken through the Holy Spirit. I invite us prayerfully to ponder God’s Word spoken through Ezekiel and through Jesus’ words and actions, asking for insight and the grace to become a kinder, gentler nation, faithful to our founding values, our sense of the common good, and to be able to make judgments with the mind and heart of God.

I found this Reflection to be awesome in every way. I felt the past being drawn into the present, and feeling the differences and yet similarities... As you said so very well, and I paraphrase: "May we always hold these truths and the truths of our Faith to be self-evident..."

In God's Never-ending Love and Tender-Mercy,

Thanks for the reflection and sometimes we forget that God’s word is eternal. That he does want good for us! Sometimes we can be our own worst enemy.

Which is why we need to rely on scripture and the promises He gave to us.

Thanks, Ann. Your reflection on the Sunday scriptures gives us insight as we pursue life, liberty, and happiness at this time in our nations.