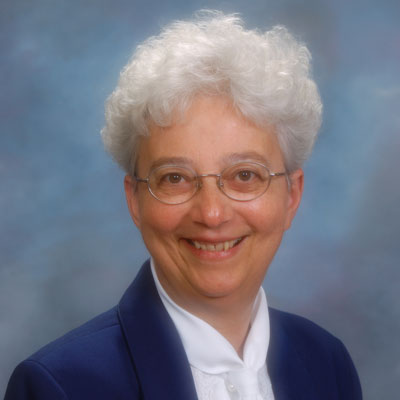 In today’s readings, Elijah and Peter’s experiences shed a brilliant light on our own present experiences. Both men were in chaotic situations of fear, powerlessness, and pending doom. Yet each of them heard a gentle invitation to move forward. Both listened and responded: Elijah was led to anoint Elisha to carry on his prophetic mission, Peter was chosen to lead the newly formed followers of Jesus.

In these uncertain times of pandemic and social unrest, tumultuous confusion can drown out the inner invitations of the Spirit and paralyze good intentions. Whether we are leader or follower, like Elijah and Peter, like the men and women on whose shoulders we stand, we are called to live into a ‘new normal’, with bold hope, deep faith, and tender compassion.

Also, today the Green Bay Diocese honors the Women Religious who, for 40, 50, 60, 70, 75 years have listened, and have acted through their religious profession to serve God and the people of God. Collectively they have given more than 4,900 years of loving service in upholding Gospel values through the challenges of their times. They are truly lights in the darkness. Special loving thanks is extended to Sister Sally Ann Brickner, a member of the Sisters of St. Francis of the Holy Cross for 60 years, for shedding a light in areas of justice and peace in our Diocese and beyond.

Thanks for sharing your thoughts on our readings for this weekend - especially during these "troubling times."

Congratulations to all the Good Sisters who are being honored for their Service!

Soothing reflection thank you & congratulations to all our devoted Sisters on their anniversaries.

That JESUS deliberately and intentionally sends his disciples off without him, probes me to ask, "Why, JESUS? Why would you send them off, without your company, knowing that night was coming, and not only the night, but the very real possibility of a life-threatening storm? Why would you have 'abandoned' them in this way? What did you want the entirety of this 'new' 'adventure' to teach them --- about themselves? About each other? Did you know that each one on board might have a different way of experiencing the venture, than the other ones did? Did you know that, as they floated along calm waters of day, each one would be reflecting and sharing their memories and experiences of their time/s with JESUS -- especially now, after having just been among the large gathering of listeners, who had also enjoyed a satisfying and fulfilling supper?"

So, yes ....... I think there is something "new" happening here ........ in that moment at sea, as well as in These treacherous and tumultuous Times. And I think of the message and meaning in the 1987 hit song by the R.E.M.'s, "It's the end of the world as we know it." Not in a frightening way, as if it's the end of everything ...... but rather, in a way that is saying, "This suffering, this world of injustice and inequities, and systemic racism and oppression is being changed -- is coming to an end -- so that a "new" world of greater equity, a more rightful freedom of each and all to live in the dignity and [w]holiness of G O D, a world of "belovedness," will come to be in its place."

A more "holy order" will replace the dis-orders of so much imbalance and inequity that exists among us now. So, yes ...... I want -- and long for -- this world of egregious disparity to "come to an end," just as the disciples wanted the violent storm to come to an end. And, like, too, the message of R.E.M., as the song concludes, "And I feel fine ...." In fact, R.E.M. also manages to include in the ending, "It's time I had some time alone ...."

Even during these troubling times I never lose hope because I know God is always there for us if we only give Him a chance! Listen for Him!

Thank you Sister Fran for the thought-provoking reflection. What a good reminder to quiet our thoughts and open our hearts to the quiet invitations. A good reminder that change and uncertainty are not always bad things.

My mantras for this pandemic is: "Let go & Let God! " "And this too shall pass!" I no longer want to live in fear! It is hard to stay positively motivated. I need the Lords' guidance more than ever! My mantras help me focus. Thank you Lord!

So good to see your smiling face. Great reflection.