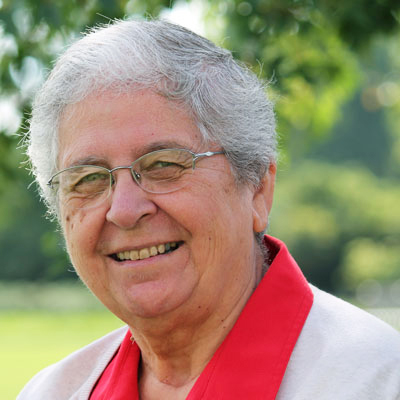 King Charles'  words are appropriate for  this week's feast days

This is a week of mourning and transition. As the United Kingdom remembers and celebrates the life of Queen Elizabeth, the world community grieves the loss of a remarkable woman. A person who fulfilled her official duties for over 70 years, until two days before her death, the queen was also a devoted mother, grandmother, and great-grandmother, cherishing her time with her children, grandchildren, and great-grandchildren at her summer home in Scotland. Inheriting the legacy of his mother, Prince Charles has assumed his role as king.

This is also a week in which the Church moves from mourning to transition to joy. On Sept. 14 we celebrate the feast of the Triumph of the Holy Cross. We behold Jesus, “King of the Jews”, enduring the cruelty of capital punishment, but we know that this is not the end of the story. His suffering was the transition from life through death into eternal, resurrected life, and we have inherited that legacy. On Sept. 15 we celebrate the feast of Mary, the Sorrowful Mother. As we stand with this beloved woman at the foot of the cross outside Jerusalem, we admire her strength and recognize that in her humble home in northern Nazareth she must have said and done so many things to prepare her Child for this moment in history. Acknowledging her as Queen of the Universe, we embrace her as the Mother of the Church.

Aware of the roles that Jesus and Mary fulfilled in Salvation History, we can only speak the words that King Charles said to his deceased mother, Queen Elizabeth: “Thank you.”

Right on, Elise, great connection. Thanks.

Thanks Sr Elise got your very timely reflection. I am struck by how many amazing women in history have carried so many roles at one time. I am proud to stand on their shoulders.