Sister Jeanette Peplinski died on Wednesday, Nov. 30, 2022. The former Clarice Ann Peplinski was born on July 19, 1924, in Stockton, Wis., daughter of Alex and Wanda (Glodowski) Peplinski. She entered the convent as an aspirant in 1938, professed her vows in 1943 and celebrated her 80th anniversary in 2021.

Her music studies began in 1942 with Fr. Dobbelsteen, O. Praem, until 1947 when Sister Jeanette went to Dominican College in Racine where she received her bachelor of music degree in 1949. While she was in Racine her parents gave her a Wurlitzer accordion that she used her entire life in teaching school music and in entertaining.

Sister Jeanette taught in the Novitiate and formed an orchestra with the Novices and Postulants. She taught music at Holy Cross School, Bay Settlement, but also gave piano lessons in Dyckesville; St. Boniface, De Pere; and St. Matthew, Allouez. She also taught school music at St. John’ in Howard and Holy Trinity in Casco. Sister Jeanette was the organist at Holy Cross Parish for more than 30 years. In the 1970s she was instrumental in helping Jerry Voelker begin polka Masses in this area.

Her life took a different turn when she began summer catechetical work in Tache, British Columbia, Canada on an Indian Reserve in 1967. She began a 15-year ministry there in 1977. In 1992 she returned to Wisconsin to care for her parents. After their deaths she retired to the Convent in 2000.

During her retirement she continued giving a few piano lessons and formed a retired Sisters Music Band. With limited vision, she was organist at the Motherhouse and she was creative in crocheting afghans, doing latch hook rugs and needle point. Her accordion was always near. She visited Woodside Nursing Home to play the accordion for the residents and in the last few years she would play the piano for them. She loved life and made the most of every moment.

Visitation for Sister Jeanette will be at Holy Cross Church, 3009 Bay Settlement Road, from 4 to 6 pm Sunday, Dec. 4. The Closing Vigil Service will be at 6 pm. Visitation will continue again on Monday, Dec. 5, at Holy Cross Church between 9:30 and 10:45 am. Funeral Mass at 11:00 am with Rev. Msgr. James Dillenburg officiating. The Committal Service and burial will be in the St. Francis Convent Cemetery, with Rev. Dean Dombroski.

The Sisters of St. Francis and the family of Sister Jeanette wish to express their gratitude to the nursing staff at St. Francis Convent, Grancare Nursing Center and Bristol Hospice for their loving care and support. 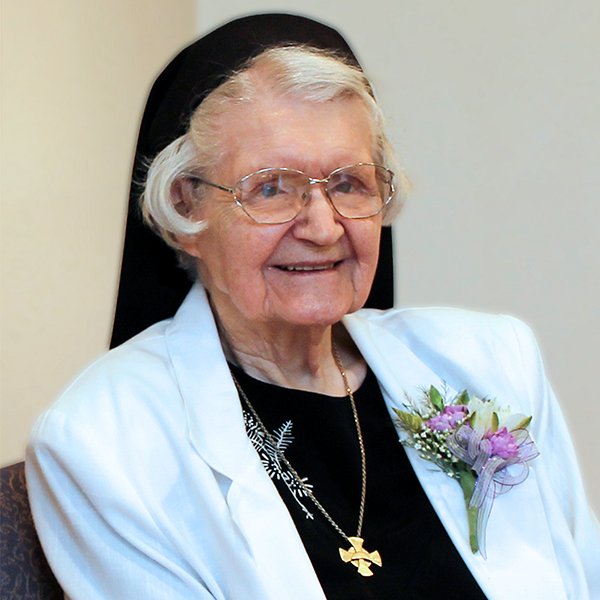